Come ON Dell, your laptop keyboards are getting unusable!

As a long-time user of Dell products, and still a big fan, I should NOT have to use a secondary side keyboard just in order to be able to write code on a Dell laptop. As a software developer I heavily use both the F-Keys and the Home/End keys. On my old Dell Latitude D830, all those have their own dedicated keys. But on newer Dells, like my Precision 8510 and my work-assigned Latitude 5501, you have to resort to all kinds of ridiculous finger-twisting exercises to simply use Home and End. 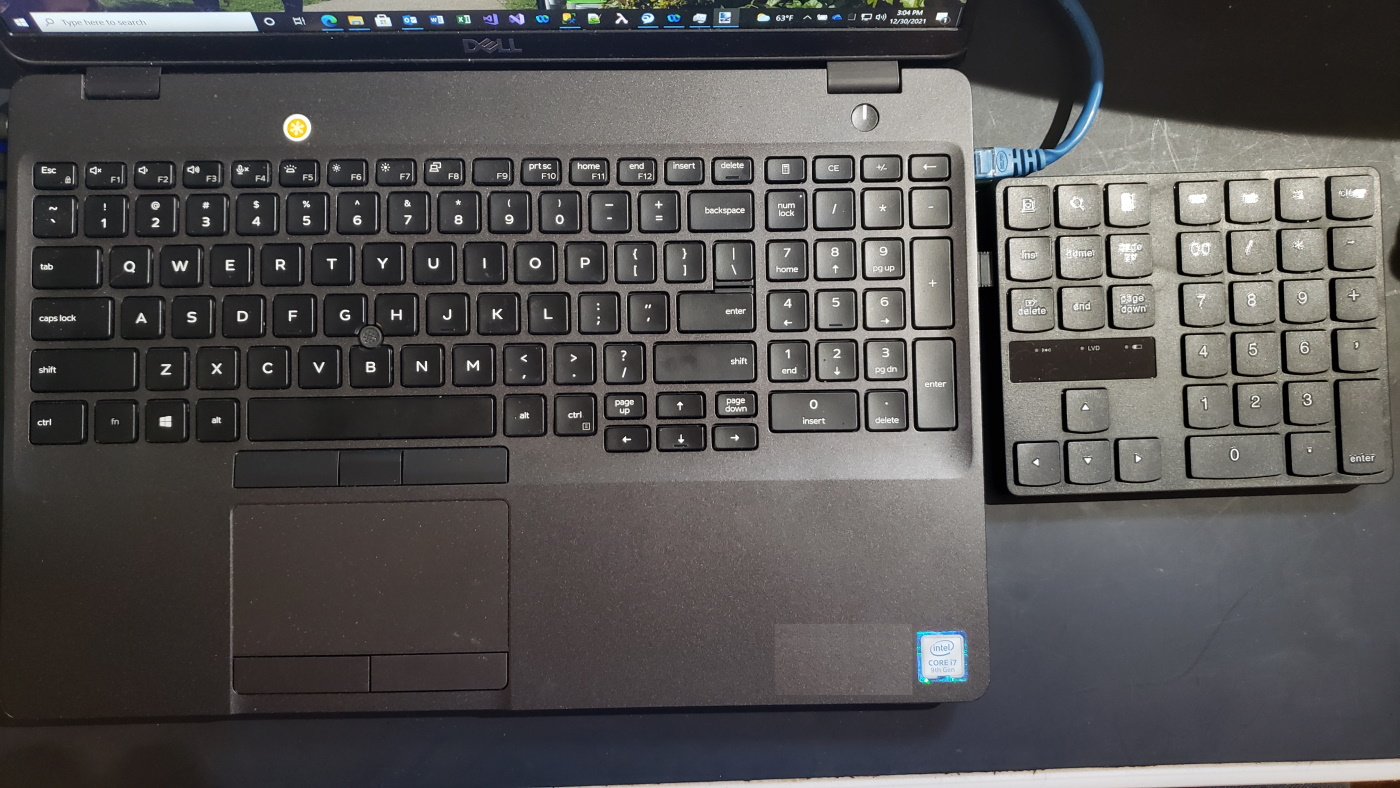 Look at that 5501 keyboard above. Really, Dell? You think it's acceptable to have to try and hit FN-SHIFT-END just to select a line? I use Home/End hundreds of times per day. (I just used Home/End now typing this to go back and reword part of the previous sentence - That's how often I use them!)

I ended up getting so frustrated I bought the side-keyboard shown in the picture. It has dedicated Home/End keys. And it adds a comma key to the numeric keypad, something that's been needed since IBM came out with the original Model M keyboard! Plus a double-aught (00) key which comes in real handy at times.

But my point is not about the comma or double-aught keys, my point is "DELL HAVE YOU EVEN STUDIED WHAT KEYS PEOPLE USE?" Put the damn dedicated Home and End keys back alredy. Tell your bean-counters to go sit down.

Next Dell I look to purchase had well have the dedicated keys, or I WON'T BE GETTING A DELL AGAIN! I have owned so many Dell machines over the decades, don't make me dump you!

Rating: (You must be logged in to vote)
Reply