This is one of the cooler things I've seen on the internet in a while, a real-time satellite tracker, with groupings and orbital pathing.

Ants have been seen healing wounded trees—behavior that is believed to have never been observed before. When holes were drilled into Cecropia tree trunks, the ants emerged from their homes to patch up the wounds, significantly reducing the size of the holes within 2 1/2 hours and leaving them completely healed within 24 hours. 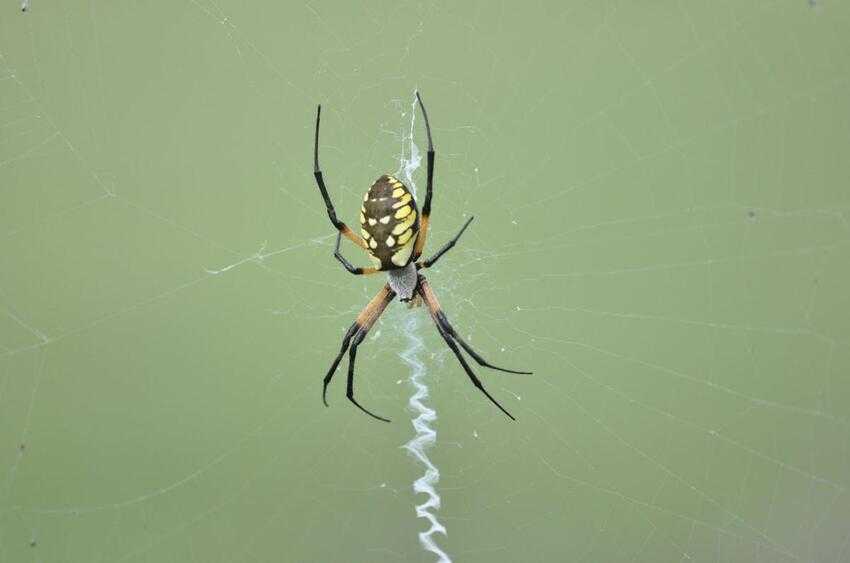 A clue to the physical meaning of the wavefunction Ψ(x,t) is provided by the two-slit interference of monochromatic light (Figure 7.1.1) that behave as electromagnetic waves. The wavefunction of a light wave is given by E(x,t), and its energy density is given by |E|2, where E is the electric field strength. The energy of an individual photon depends only on the frequency of light, ϵphoton=hf, so |E|2 is proportional to the number of photons. When light waves from S1 interfere with light waves from S2 at the viewing screen (a distance D away), an interference pattern is produced (7.1.1a). Bright fringes correspond to points of constructive interference of the light waves, and dark fringes correspond to points of destructive interference of the light waves (7.1.1b).

In further instancing the case of the King of Benin, the Consul General stated that the King, when coming down from the City during the rains, said the white man did not know how to stop the rain, but that, if he (the King) wanted to stop it, he would send down to the river, bring a man from there, and hang him up on the crucifixion trees. The Consul explained to the Chiefs how wrong and silly such a notion was, and said it would never be allowed by the British.—[Report of a Palaver at Brass, W. Africa: Standard, 8 November 1897.]

AFEW years ago at a New York City luncheon, a business acquaintance expressed a keen desire to have a conference with a Chicago scientific friend of one of the luncheon guests. He said: "Will you not telephone him and see if he will meet me in New York tomorrow?" Thus, at 12:00 noon, the telephone connection with Chicago was made, a conversation held with the friend, and at 12:45 P.M. the Chicago scientist took his train. At 10 o'clock next day the conference was held in New York, and at 2:45 p.m. the man of science was on his return journey which placed him in Chicago next morning, ready for his regular day's work. What an age in which to live!

In the Volcanic Tharsis region of Mars are frozen lava flows resembling waterfalls.

Some very interesting scientific data on how tendons and ligaments actually heal themselves with actual chemobiological explanations.

Loved this magazine growing up. They've donated all the issues to the Museum of Science Fiction which has the whole OMNI Archive on their site!

The cellular response to hypoxia is critical for cell survival and is fine-tuned to allow cells to recover from hypoxic stress and adapt to heterogeneous or fluctuating oxygen levels. The hypoxic response is mediated by the α-subunit of the transcription factor HIF-1 (HIF-1α), which interacts through its intrinsically disordered C-terminal transactivation domain with the TAZ1 (also known as CH1) domain of the general transcriptional coactivators CBP and p300 to control the transcription of critical adaptive genes. One such gene encodes CITED2, a negative feedback regulator that attenuates HIF-1 transcriptional activity by competing for TAZ1 binding through its own disordered transactivation domain. Little is known about the molecular mechanism by which CITED2 displaces the tightly bound HIF-1α from their common cellular target. The HIF-1α and CITED2 transactivation domains bind to TAZ1 through helical motifs that flank a conserved LP(Q/E)L sequence that is essential for negative feedback regulation. Here we show that human CITED2 displaces HIF-1α by forming a transient ternary complex with TAZ1 and HIF-1α and competing for a shared binding site through its LPEL motif, thus promoting a conformational change in TAZ1 that increases the rate of HIF-1α dissociation. Through allosteric enhancement of HIF-1α release, CITED2 activates a highly responsive negative feedback circuit that rapidly and efficiently attenuates the hypoxic response, even at modest CITED2 concentrations. This hypersensitive regulatory switch is entirely dependent on the unique flexibility and binding properties of these intrinsically disordered proteins and probably exemplifies a common strategy used by the cell to respond rapidly to environmental signals.

Turns out that regionally, people think of one of three different creatures when they hear the term "Daddy Longlegs":

If nothing can travel faster than light; then we must harness the nothing..

In nature, the question of whether any given example of horizontal gene transfer is beneficial or harmful is answered over long periods of co-evolution and natural selection. It cannot be answered based on the limited knowledge of the genetic engineer or under the limited timescales in which GMO introduction takes place. Neither can it be answered by the inadequate “safety assessment” regimes that are currently used in GMO regulatory processes around the world.

The Hubbble space telescope has recorded a 40,000 lightyear-wide view of the Andromeda Galaxy in a stunningly huge 1.5 gigapixel image.

Oil Fields Are Refilling...
Naturally - Sometimes Rapidly
There Are More Oil Seeps Than All The Tankers On Earth
By Robert Cooke
Staff Writer - Newsday.com
4-10-5

A shocking byproduct of the "For Profit" Pharmaceutical Industry is the fact that a Canadian Researcher has realized that a chemical that has been known for years, has an effect that significantly reduces or cures several forms of cancer in lab animals. It is very low cost to manufacture, and the substance has already passed many human clinical trials in the past based on its previous uses, with no significant side effects!

We all look to the sky at night and think, "Oh, hey. Cool. The moon is still there."

Tens of millions of Americans, lumped into a diffuse and fractious movement known as the Christian right, have begun to dismantle the intellectual and scientific rigor of the Enlightenment. They are creating a theocratic state based on “biblical law,” and shutting out all those they define as the enemy. This movement, veering closer and closer to traditional fascism, seeks to force a recalcitrant world to submit before an imperial America. It champions the eradication of social deviants, beginning with homosexuals, and moving on to immigrants, secular humanists, feminists, Jews, Muslims and those they dismiss as “nominal Christians”—meaning Christians who do not embrace their perverted and heretical interpretation of the Bible. Those who defy the mass movement are condemned as posing a threat to the health and hygiene of the country and the family. All will be purged.

Average Pesticide and Fertilizer use on 2006 California Carrots 6,616,796 pounds of pesticides were used at an Average of 102 lbs per acre on 64,870.55 acres. Most used pesticide was Metam sodium (Temik).  Temik, Telone II, and Methyldithiocarbamate account for 90% of pesticides on carrots. All three cause birth defects, two are probable carcinogens. 81.7% of carrots had pesticide residues. 48.3% had two or more residues. 31 poisons were detected on the samples. 6 residues detected on a single sample. An average of 250 pounds of Nitrogen and more than 100 pounds of phosphorous and potash fertilizer were used per acre on carrots;

Average Pesticide and Fertilizer use on 2006 California Peaches   4,676,273 pounds of pesticides used at an average of 76 lbs. per acre on 61,377.95 acres. Two of top five pesticides are probable carcinogens, three cause birth defects, one is an endocrine disruptor, and three damage fish and other aquatic life.  96.6% of peaches had pesticide residues. 86.6% had two or more residues. 42 different pesticide residues were still detectable on the fruit. Some had as many as 9 residues on a single sample.Peaches had the highest percentage of fruit with dangerous residues of all fruit tested. An average of 125 pounds of NITROGEN, 10 pounds of PHOSPHOROUS, and 200-500 pounds of POTASH fertilizer were used per acre-NITROGEN IS THE MAJOR CAUSE OF U.S. DRINKING WATER POLLUTION, DEAD ZONES IN THE OCEAN, AND A MAJOR SOURCE OF GREENHOUSE GAS POLLUTION. PREGNANT WOMEN, CHILDREN AND THE ELDERLY ARE MOST AT RISK FROM THESE FRUITS!

The ability to use a droud for direct stimulation of the brain's pleasure center has been predicted since Larry Niven's Ringworld book was published in 1970. According to this article, this technology is getting close to real, in addition to other brain-stimulating effects such as increased cognitive abilities and mood modification.

We have been up all night, my friends and I, beneath mosque lamps whose brass cupolas are bright as our souls, because like them they were illuminated by the internal glow of electric hearts. And trampling underfoot our native sloth on opulent Persian carpets, we have been discussing right up to the limits of logic and scrawling the paper with demented writing.

An ancient supercontinent, far older than anything proposed before, has been pieced together by an international team of geologists.

The giant landmass, which has been dubbed Columbia, would have spread across the face of the Earth more than one and a half billion years ago.

The theory is that it then fragmented into smaller pieces before reassembling into another supercontinent called Rodinia; and, later still, a huge landmass scientists now refer to as Pangea.

The researchers base their conclusions on rocks from India, East Africa and Saudi Arabia. The specimens were collected during a joint Indian and US study of the evolution of southern India.

Lead researcher Professor John Rogers, of the University of North Carolina, US, suggested the name for the newly proposed, ancient landmass.

"I named the supercontinent Columbia because some of the best evidence for its existence is in the Columbia River region of western North America," he said.

The researchers describe their ideas in the latest issue of Gondwana Research, a quarterly journal devoted to studies of Earth's early landmasses.

Professor Rogers said: "Starting at about 1.8 billion years ago, all of the continents existing at that time began to collide into a single land area."

Based on magnetic and geologic evidence, it is believed that the east coast of India became attached to western North America, with southern Australia pushed up against western Canada.

Most of present South America rotated so that the western edge of Brazil aligned with eastern North America, forming a continental margin that extended into the southern edge of what is now Scandinavia.

"This formed an area that stretched about 12,900 kilometres (8,000 miles) from southern South America to northern Canada and was about 4,830 km (3,000 miles) across at its widest part," the professor said.

The researchers say the evidence they have collected suggests Columbia began to break up about 1.5 billion years ago, and its fragments then moved around the Earth independently for several hundred million years.

About a billion years ago, however, the fragments came together again to form a new supercontinent, dubbed Rodinia.

This lasted until about 700 million years ago, before it too broke into several fragments.

Scientists think these chunks moved independently until about 250 million years ago, when yet another supercontinent emerged, now called Pangea.

This began to break up almost immediately to form the world's present array of continents.

In 1912, German meteorologist Alfred Wegener first put forward the theory of continental drift to describe the movement of major landmasses across the surface of the planet.

Initially, the theory was widely criticised but then later absorbed into the current, accepted model of continental dynamics known as plate tectonics.

Continents move at slower than a snail's pace, like pieces of a puzzle, squeezing together and pulling apart to form oceans and landmasses of various sizes.

Movements deep within the Earth are thought to drive the whole process, although the exact mechanism is still being investigated.